If you are looking for help on the Concept Greatest Common Divisor then you have come the right way. We have listed all about the GCD like Definition, GCD finder methods along with solved examples. Decide your favorite method among the following and check out yourself. Master the concept in a better way taking the help of the information provided here.

Here are some samples of Greatest Common Divisor Numbers calculations.

Along with the regular and manual procedures for finding the Greatest Common Divisor we have listed the simple and easy-to-use online tools. You can find the GCD, GCF, or HCF instantly from the below available links. Simply tap on the quick links depending on your need to attain faster and accurate results. They are as follows

Let's not wait anymore and learn the concept of GCD completely by proceeding further. Be aware of the Basics of GCD such as Definitions, Related Terms, and Different Methods of finding the GCD.

Let's get started with some of the fundamentals regarding GCD like Factors, Common Factors, Prime Factors. Understand the concepts much better by referring to further modules.

What is a Factor?

The factor is one of the main concepts in Mathematics and it is needed to understand various concepts. As per general definition, a Factor is a number that divides into another number exactly i.e. without leaving a remainder. However, a number can have many factors.

Example: Factors of 10 include 1, 2, 5, 10 the numbers that divide exactly without leaving a remainder.

What is a Common Factor?

In general, Common Factor is a number that can be divided into two different numbers leaving a remainder zero. Finding Common Factors is possible if you have at least two numbers. In fact, you may have more than one common factor for numbers.

What are Prime Factors?

Prime Factors play a key role in finding the Greatest Common Divisor. Get to know about the definition of Prime Numbers along with the procedure to find Prime Factors easily. A Factor that is a prime number and when multiplied results in the original number are called Prime Factors. For example, Prime Factors of 10 are 2 and 5.

Now that you are aware of all the fundamentals related to Greatest Common Divisor or Greatest Common Factor go ahead and learn even more like GCD Definition, Methods to find it.

What is meant by Greatest Common Divisor(GCD)?

Why GCD is Important?

Greatest Common Divisor is important in various math applications like simplifying polynomials where you need to figure out the common factors. You can simplify complex problems easily by employing the Concept of GCD or GCF.

See help from hcflcm.com to know all about the GCF, LCD, LCM, HCF Concepts, and understand them easily.

Other names of Greatest Common Divisor

How to Find the Greatest Common Divisor?

There are several methods that help you find the GCF. Some of them can be a child's play while the rest may be complex. Check out each of the techniques and choose the one that suits your understanding and decide on your own.

Get to know the detailed procedure by tapping on the links mentioned above. You will be redirected to each of the procedures for finding the Greatest Common Factor. Make use of the solved examples provided for all the techniques and understand the concept better. 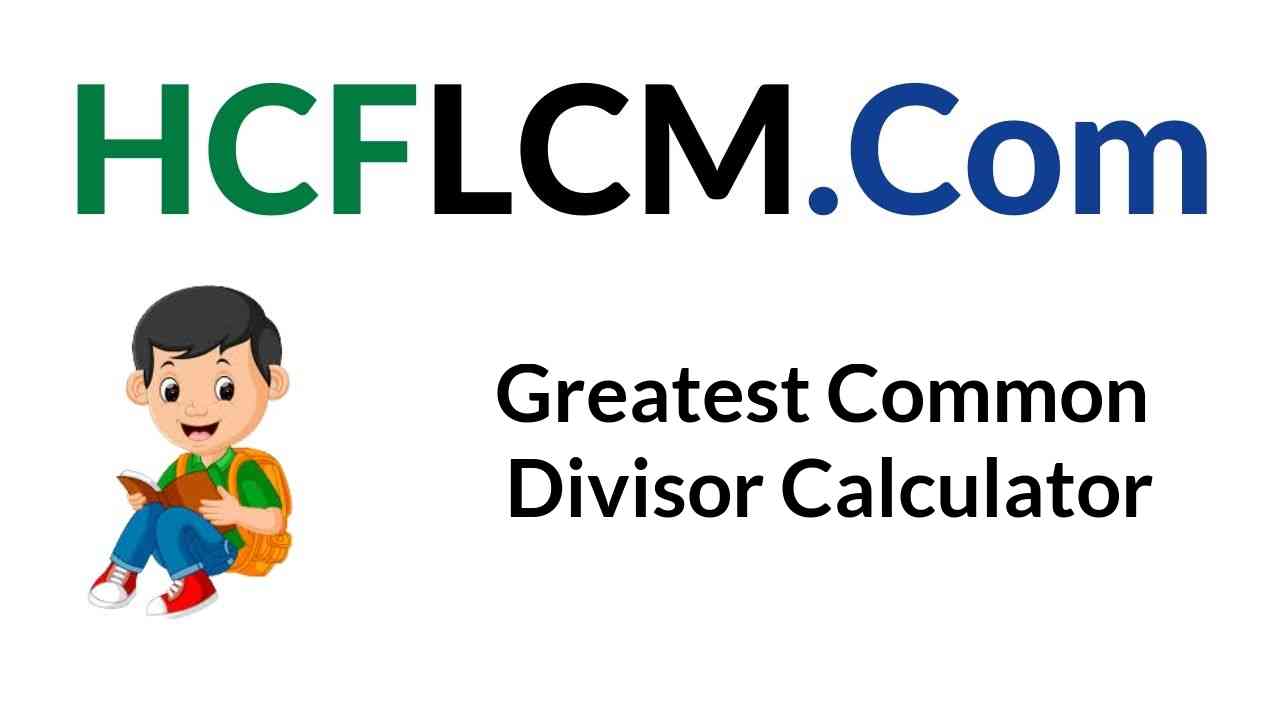