Handy Tool i.e., GCD Calculator makes your calculations so fast and simple. All you have to provide is a given number in the input field of the calculator and click on the calculate button. That's it, you will get the greatest common divisor of given numbers in a fraction of seconds.

Here are some samples of GCD of Numbers calculations.

GCD Calculator: Are you searching for the simplest way to find out the GCD of given numbers along with a complete guide about the Greatest common divisor? Then, you have come to the correct page. Here, students can find almost every detail about the Greatest common divisor of given numbers concept with detailed explanation. Apart from this, you can also get knowledge about the methods that we need to use for calculating the GCD like factoring, prime decomposition, GCD formula with the procedure, and solved examples. So, make use of this GCD Calculator and determine the largest divisor that divides the number evenly within no time.

What is the Definition of GCD?

How to Find the Greatest Common Divisor or Denominator(GCD)?

Calculating the GCD of numbers can be tricky manually. But there are various techniques that determine the Greatest Common Divisor of given numbers easily by hand. Here, we have taken the most commonly used & standard methods to solve the GCD of numbers, and also you can learn the concept by the provided detailed procedure & show work.

You can select any of the methods that fit to solve the given numbers and find out the Greatest common divisor quickly & easily. Take a look at the methods that you can use to solve GCD here with a detailed explanation & solved examples.

The common divisor from each set of factors is 1, 2, 4 and we see that the largest divisor is 4.

How to Calculate GCD of two numbers by GCD Formula?

One more prominent method to calculate the GCD is by using the GCD formula. If a and b are both nonzero, the greatest common divisor of a and b can be calculated with the help of the least common multiple (lcm) of a and b:

See help from hcflcm.com to know all about the GCF, LCD, LCM, HCF Concepts, and understand them easily.

The Full Form of GCD is Greatest Common Divisor.

2. What is the GCD of two numbers?

3. How do you find the GCD of Given Numbers?

Finding the GCD of two or more given numbers can be simple by following the detailed steps provided over here using various standard methods. Check out the GCD of numbers using prime factorization, or other methods explanation from our page & find out GCD easily. Also, you can use handy tools provided by hcflcm.com for quick results.

Yes, GCD and HCF are the same. GCD (Greatest Common Divisor) or HCF (Highest Common Factor) of numbers is the greatest number or divisor or factor that divides the given numbers evenly with the remainder zero. For instance, GCD of 20 and 28 is 4 then HCF of 20 and 28 is also 4. 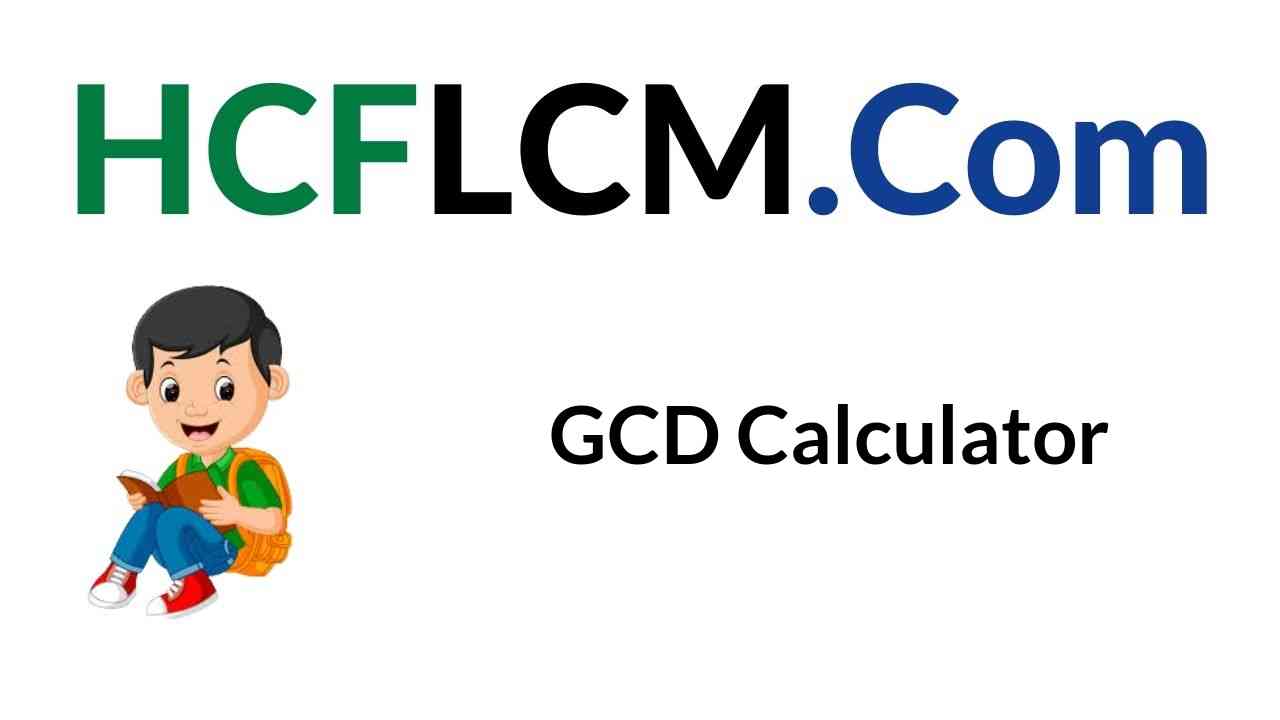